Many couples want to know if their joint debt can be applied to just one of them to allow their partner an easier fresh start. The answer is disappointing – where there is joint debt there is also a non-transferrable joint responsibility.

The problem with joint debt is that even if one person is responsible for creating the debt; both co-signors are accountable to make payments. Even worse, an unpaid balance is subject to interest charges – regardless of who is stuck with the bill.

For this reason, it is no surprise that we meet many people who have had joint debt in the past and experienced a break up or falling out with a co-signor. Frustration, anger, sadness and bitterness are among the feelings that many people in this situation experience. You’re not alone if you have been stuck with debt because you co-signed for someone who didn’t pay. Here are three stories of how joint debt became a problem in three distinctly different scenarios:

Mr. and Mrs. Spender were recently retired when Mr. Spender decided he wanted to upscale his lifestyle with a few major purchases. Mr. Spender convinced his wife to leverage their assets to obtain loans to pay off existing credit card debts. Once the couple had paid off all of their debts Mr. Spender approached his bank to obtain a secured loan for a brand new truck and a brand new trailer to go with it. Mr. Spender planned to enjoy long camping trips with his new toys. Mrs. Spender was required to co-sign.

A few years later the couple sold their home, split up and both filed bankruptcy.

Where did things go wrong? Mr. Spender had over-financed for his fixed pension income, dipped back into credit card debt and thrown off the healthy balance of his family budget. Because of his expensive loans he created more debt, could not afford his payments and had to give up his truck and trailer. Once the items had been auctioned, Mr. and Mrs. Spender had to file bankruptcy because they could not afford the remaining debt for loans that were barely paid down by half.

Money creates stress for many couples. When money is at the root of a bad breakup, things can get really ugly. Mrs. Heartbreak and her ex-husband were not on speaking terms. She didn’t know where he was, he hadn’t been sending her any child support and she was a struggling single mom. Mr. Heartbreak had left her with a variety of debts including past due amounts for all of her utilities and a few months of unpaid rent to catch up on. Out of nowhere the phone calls started.

First, the calls were for her ex and then they started asking for her. Mrs. Heartbreak remembered all of the papers her husband had asked her to sign, and began to suspect there may also have been some she didn’t. She eventually filed her own bankruptcy to clear away the joint debt.

Couples borrowing for personal reasons don’t always face the same stakes as business partners investing borrowed capital into a new venture. Partner One considered himself an investor and relied greatly on the efforts of Partner Two to build their new restaurant. One knew the risk when he agreed to work with Two.

When Two begins defaulting on payments for business loans, credit cards, payments to suppliers and government remittances, One is not paying attention. Two eventually files bankruptcy, walks away from the restaurant and leaves a financial mess for One to clean up.

What is common about these stories is that many co-signors don’t see the problem until it is too late. Our best tip for anyone considering sharing a debt with someone else is to pay close attention. If you have a joint debt, always keep track of payments and address a missed payment right away.

Anyone who is haunted by an old joint debt, please call 310-4321 for advice. Bankruptcy and Consumer Proposal options are available when your debt becomes unmanageable. Don’t jeopardize your balanced budget to struggle with debt repayment for a mess that you didn’t create. We can help you get rid of that joint debt. 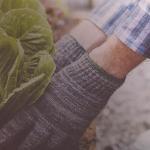 When Bankruptcy Ends: What’s Next?

What to Bring to an Appointment

To get the debt help that you need, please bring a list of who you owe and how much to each, a list of everything you own and your monthly household budget. Don’t have everything right away? Don’t worry – We will guide you through each step.

We’ll walk you through our application process. But, if you want to prepare for your debt free assessment consultation in advance, download our information form and fill in what you can.

How can you compare your debt repayment options if you don’t know how much they will cost you? Your solution will become much clearer when you are able to compare costs.

Ready to Be Debt-Free?

If you’re ready to be debt free, it’s time to meet with one of our knowledgeable Licensed Insolvency Trustees at your convenience and get started

Meet with a trustee

COVID-19 Update – A Message For Our Current Clients

For the safety of our clients and staff, all consultations are currently being carried our via phone or video.

At Spergel, we are committed to ensuring our clients have access to the assistance they require to navigate these unprecedented times.  We will keep this page updated as the Government releases additional communications regarding the COVID situation that may affect your consumer proposal or bankruptcy.

Clients who have filed Consumer Proposals

If you are at risk of missing a payment in your consumer proposal, please contact your Proposal Administrator or Trustee by phone or email to discuss your options as soon as possible.

Clients who have filed Bankruptcies

If you have a monthly payment plan or surplus income payments and need to adjust your monthly payments, please contact your Trustee or Estate Manager by phone or email and we will work with you to adjust for the impact of COVID-19 on your finances. The court has resumed hearings matters for discharge, and we will advise you once a new hearing date has been set.