Spergel Provides Debt Solutions Expertise to The Globe and Mail

The trustees at Spergel have been providing debt solutions to thousands of individuals in Canada for the past 30 years, and regularly share our wealth of experience.

Spergel trustee Gillian Goldblatt was quoted in an article in The Globe and Mail this week offering her perspective on Canadians’ anxiety over increasing interest rates. The article is called “Already pinched, many Canadians anxious about higher rates” and was released on October 23.

The Bank of Canada has increased interest rates twice since July 2017, taking rates from 0.5% to 1%. More rate announcements are expected before the end of the year.

Goldblatt, a licensed insolvency trustee with msi Spergel inc. in Toronto, was quoted about how rate increases affect her clients who are looking for debt solutions.

“You can live in a bubble for a while until some event snaps you out of it,” Goldblatt told The Globe on Monday. “That’s when we have people come to see us.”

Nearly half of Canadians are worried about repaying their debts, The Globe reports, while four in 10 Canadians fear further interest rate increases will leave them in financial trouble. In September, Canadian household’s credit-market-debt-to-disposable-income ratio hit a new record of 167.8%.

Thanks to the interest rate increases, millennials are realizing their spending habits don’t align with financial sacrifices needed to start families and break into the housing market, Goldblatt said. Easy credit and tap-and-go technology make spending too easy and leads to living beyond one’s means.

According to the article, “Among the various structural struggles faced by millennials, ‘a lot of it comes down to a lack of education,’ she [Goldblatt] said, suggesting that public schools hardly include enough material on financial literacy in curriculums. The effects of that, she continued, are now revealing themselves in reality.”

The Globe reports 40% of millennials say they already feel the effects of increasing interest rates. More than half say they’re worried about being able to repay their debts and 38% say rising rates could send them towards bankruptcy.

“The bankruptcy figure for millennials is 10 percentage points more than the average of all age cohorts,” The Globe writes.

Studies across Canada are reporting the same figures — Canadians are worried about their debt levels. Breaking into the housing market could be harder than ever before and Canadians aren’t certain they’ll be able to cover living and family expenses without taking on more debt.

To read The Globe and Mail full article, visit https://beta.theglobeandmail.com/globe-investor/personal-finance/household-finances/already-pinched-many-canadians-anxious-about-higher-rates-survey/article36687521/.

If you’re finding yourself in a precarious debt position, or want to make sure you’re set up for success, Spergel can help. Licensed Insolvency Trustees like Goldblatt can find you the debt solutions you need.

Contact us today at 310-4321 or visit www.spergel.ca for a free consultation. 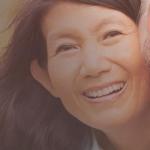 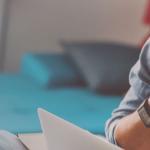 Canadian Interest Rates Are on the Rise – Are You Financially Ready?

What to Bring to an Appointment

To get the debt help that you need, please bring a list of who you owe and how much to each, a list of everything you own and your monthly household budget. Don’t have everything right away? Don’t worry – We will guide you through each step.

We’ll walk you through our application process. But, if you want to prepare for your debt free assessment consultation in advance, download our information form and fill in what you can.

How can you compare your debt repayment options if you don’t know how much they will cost you? Your solution will become much clearer when you are able to compare costs.

Ready to Be Debt-Free?

If you’re ready to be debt free, it’s time to meet with one of our knowledgeable Licensed Insolvency Trustees at your convenience and get started

Meet with a trustee

COVID-19 Update – A Message For Our Current Clients

For the safety of our clients and staff, all consultations are currently being carried our via phone or video.

At Spergel, we are committed to ensuring our clients have access to the assistance they require to navigate these unprecedented times.  We will keep this page updated as the Government releases additional communications regarding the COVID situation that may affect your consumer proposal or bankruptcy.

Clients who have filed Consumer Proposals

If you are at risk of missing a payment in your consumer proposal, please contact your Proposal Administrator or Trustee by phone or email to discuss your options as soon as possible.

Clients who have filed Bankruptcies

If you have a monthly payment plan or surplus income payments and need to adjust your monthly payments, please contact your Trustee or Estate Manager by phone or email and we will work with you to adjust for the impact of COVID-19 on your finances. The court has resumed hearings matters for discharge, and we will advise you once a new hearing date has been set.